From its humble roots in pickup dodgeball, Recess Cleveland has grown into a community lifeline that connects city residents with vital resources and fosters entrepreneurialism among neighborhood youth. 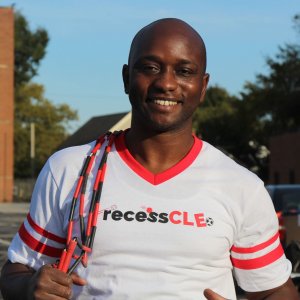 Policies to Date:
28 and counting!

Thimble: Can You Tell Me a Bit About Your Work With Recess Cleveland and How This Organization Came To Be?

Alex Robertson: Recess Cleveland got an innocuous start about four years ago. I was walking around my neighborhood and I asked five kids that I knew if they wanted to play dodgeball. Four of them had never played before. I was like, “Woah, you’re 14 years old and you’ve never played dodgeball? What’s going on here?”

Shortly after that encounter, I applied for a grant from a local organization called Neighborhood Connections and Recess Cleveland was born. We throw popup games of kickball, dodgeball, soccer, you name it, alongside arts and crafts and music. We’re bringing back the concept of old-school recess to schools and small businesses in the community.

We bring out enormous crowds for these events, and we aim to connect these attendees to grassroots nonprofit organizations and resources in their community. If you come to our event to play soccer or kickball, you might leave with a referral to a free doctor, fresh produce from the food bank, or SNAP benefits. 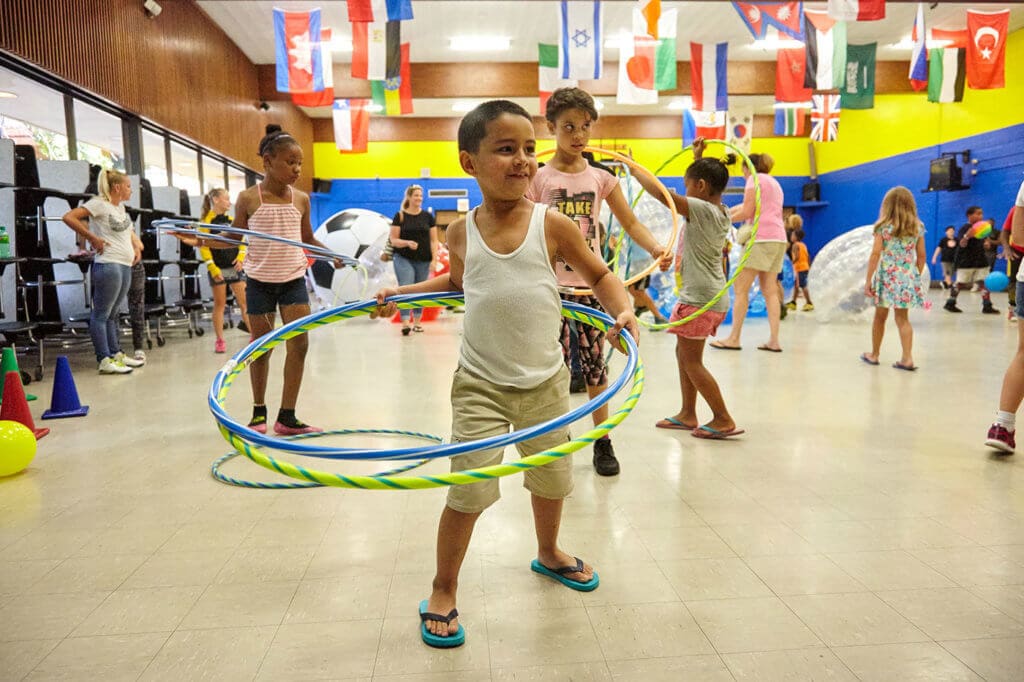 T: How Did Your Connections With Cleveland Youth Shape the Mission of Recess Cleveland?

AR: I grew up in Cleveland and stayed there for the first 18 years of my life, then moved to New York for the next 11 years. During a trip to visit family in Cleveland, I tore my Achilles tendon. Rather than go back and experience New York City on crutches for eight months, I decided to stay in Cleveland to recover.

During that time, I met some of the youth in my neighborhood. I encountered a common misconception: they thought that to get out of the hood, they had to be a musician or an athlete. For the last six years of my life, I’ve been coaching and mentoring youth, trying to teach them how to be entrepreneurs and exposing them to different career paths that they may not be aware of. 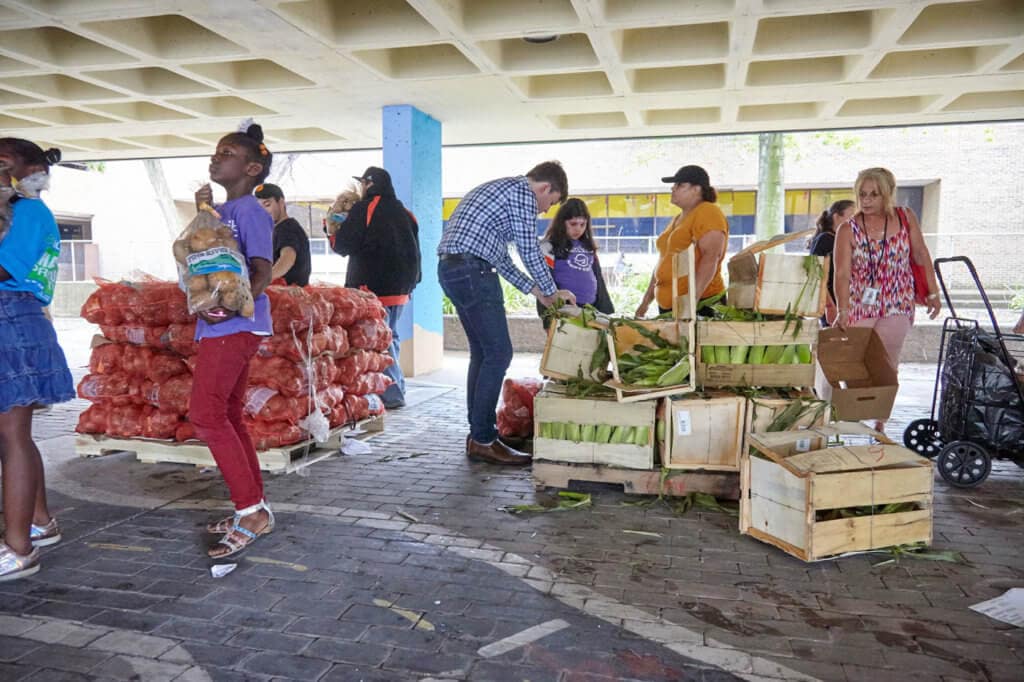 T: What Are the Most Rewarding Aspects of Your Work With Recess Cleveland?

AR: My favorite part is definitely being there for someone’s first game of kickball and getting to witness their first kick. When that happens, the whole world stops. There are recess coordinators there to guide them and block the ball in case anyone attempts to throw them out before reaching first base.

I’m also heavily involved in Cleveland’s community organizing scene, and I just kept seeing the same people at our community meetings. At our very first Recess event, we had 100 people show up. There was no ask, just “come out and play kickball, play dodgeball, and eat.” We were able to engage organically with people who don’t normally show up to council meetings or community meetings.

At one particular Recess event, there were neighbors who had lived on the same street for ten years. They spoke to each other for the first time at the event, because their kids were interacting with each other. Part of our mission is to get kids and families to drop their cellphones and engage in social interactions that build meaningful relationships. At our Recess events, you can’t look at your phone while playing dodgeball because you might get hit in the face! 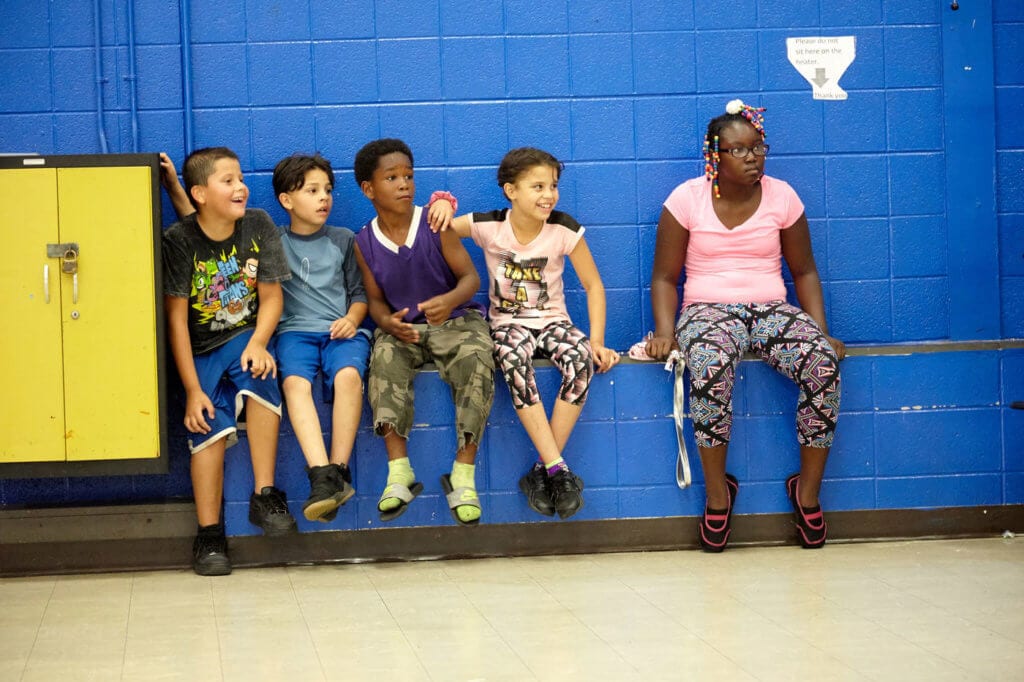 T: Were There Any Challenges You Faced in Growing the Business or Getting the Word Out About Events?

AR: We’re a nonprofit, so most of our equipment is acquired by donation. Rather than rely on donors to revamp and refresh our equipment every year, we started forming partnerships, seeking sponsors, and applying for bigger grants to sustain the program. This also allows us to compensate our recess coordinators who help with set up, play with the kids for hours, and then do the cleanup on top of it all.

T: How Did You Discover Thimble?

AR: In order to get a permit to throw an event at any public park or privately owned space, you have to produce proof of insurance and the owner has to be an Additional Insured. With our previous insurance company, we were paying for the entire month even though we were only doing one or two events in our off-season during the winter.

When I first found Thimble, I thought it was too good to be true. We checked it out and not only was it exactly what we needed, we could add Additional Insureds on the fly. Normally, when you submit this request with other insurance companies, you have to wait two or three days to actually get the Certificate of Insurance.

The Thimble app has all the functionality and offers the coverage we need, so it’s been a great help in meeting our legal requirements during popup events. As an added bonus, it’s super fast—it takes less than two minutes and we can make any edits ourselves.

T: What Are Your Favorite Features of the Thimble App?

AR: I love that you offer insurance for different types of businesses. I recently became a homeowner, and though I have worked landscaping jobs in the past, I hate cutting my own grass.

I had an idea for an app that can do things that you can’t get Siri, Alexa, or OK Google to do for you while encouraging youth entrepreneurship. Minor Tasks connects renters, homeowners, and business owners with youth in their neighborhood that can help out with tasks like cleaning the garage, shoveling snow, and mowing the lawn. Thimble can provide a very affordable insurance option for any future taskers that we connect with.

Get Greenlight in your inbox.

It's not every other newsletter. It's every other week, four minutes long, and just for small businesses.

Best Insurance for the
Smallest Businesses

What do you do?

Thanks for joining the Greenlight community! Tell us more about you so we can tell you what matters most.