How We Covered Our Own Video Shoot with Thimble

Take an inside look at our “works when you do” video campaign, from the logistics of getting coverage via Thimble to the crew’s favorite scenes.

What does it take to insure a crew of 45 people for a two-day photo and video shoot? We thought we’d put our own product to the test and, as it happens, the whole thing was just as easy as we thought it was! Phew.

Getting insured for 16 hours of work was…well, simpler than you might think. Here’s the long and the short of it:

The Executive Producer of the shoot, Sean Barth of ABC Projects, pre-booked a two-day, $1 million Consultants & Freelancers policy. He added a hefty 45 crew members to the policy and included the studio where the shoot took place as an Additional Insured.

Here’s a dramatic recreation of what Sean saw:

This perfectly tailored small business coverage for a crew of 45 cost $464.60. Compare that with the cost for an annual policy purchased elsewhere, which can easily run into the thousands of dollars, and you’re looking at a screaming deal.

Thimble Works When You Do

Now we can move on to the fun stuff: a behind-the-scenes look at just what went into the making of our new branded videos, from tiny pigs to our massive green Thimble.

When we partnered with branding agency Red Antler to bring our new brand to life with a fresh, out-of-the-box campaign, our collective imaginations were captured by a simple tagline: “works when you do.” After all, the on/off quality of our product is what makes Thimble so different from any other business insurance offering on the market. And as a bonus, it gave us an excuse to create a massive, glowing green Thimble to illustrate just how flexible the coverage is.

Take a look at our finished 30-second spot:

It might seem crazy that it took most of a day just to shoot these 30 seconds of footage, but now that you’ve seen the video it probably make sense: think about all of those costume changes, set breakdowns and setups, prop placements, and talent direction. Here are a few of the highlights from the shoot, as relayed by key members of the crew who made the magic happen. 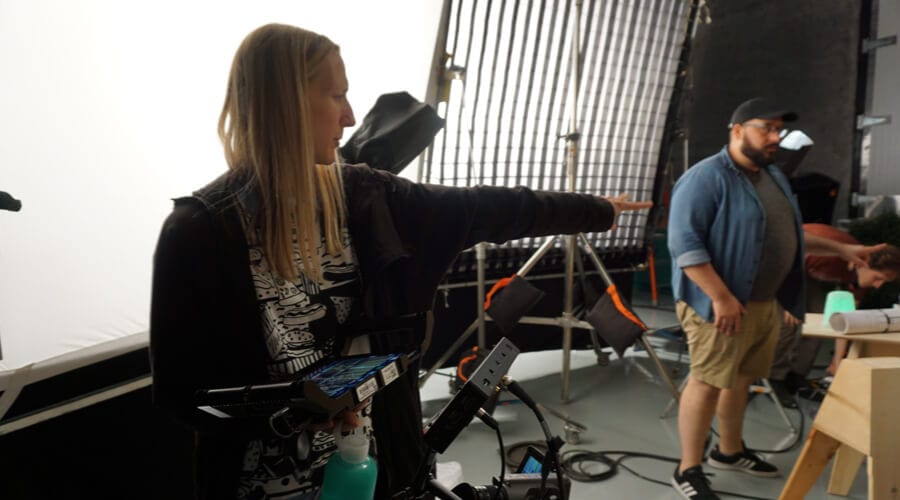 Her favorite scene: “The mini pig warmed my heart. Little Libby is amazing, she’s going to be the new Meryl Streep in the game.” 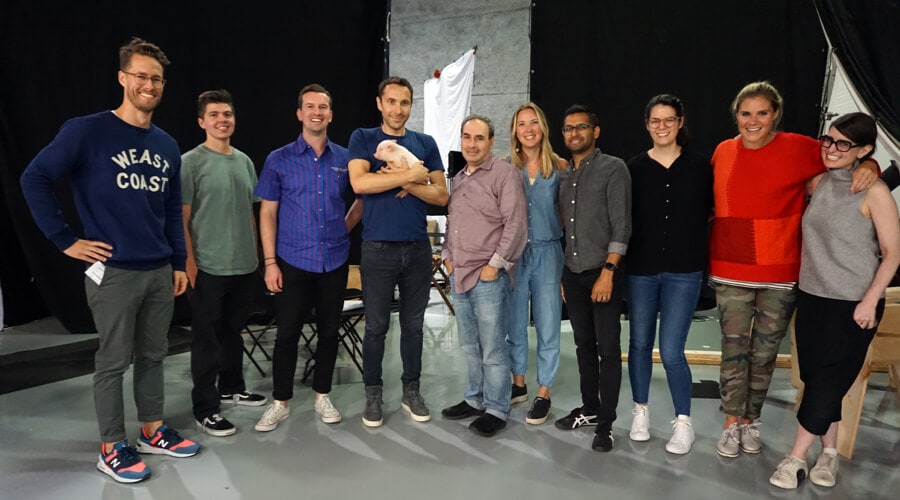 Her thoughts on Thimble: “I have so many friends who are freelance like me—pretty much everyone I know is a freelancer or has a small business, so Thimble really spoke to me.

Immediately, I was curious if I could get Thimble in California. I was mentioning the project to my significant other and he immediately responded in regards to his startup business, “we need to get covered as well.” I think it’s an incredible idea that works in this day and age where everyone is a small business. It couldn’t be more relevant to current company culture.”

His favorite scene: “The hedges were going to be really funny because you could see it happening in-camera. It was clear what was going to be funny about it.” 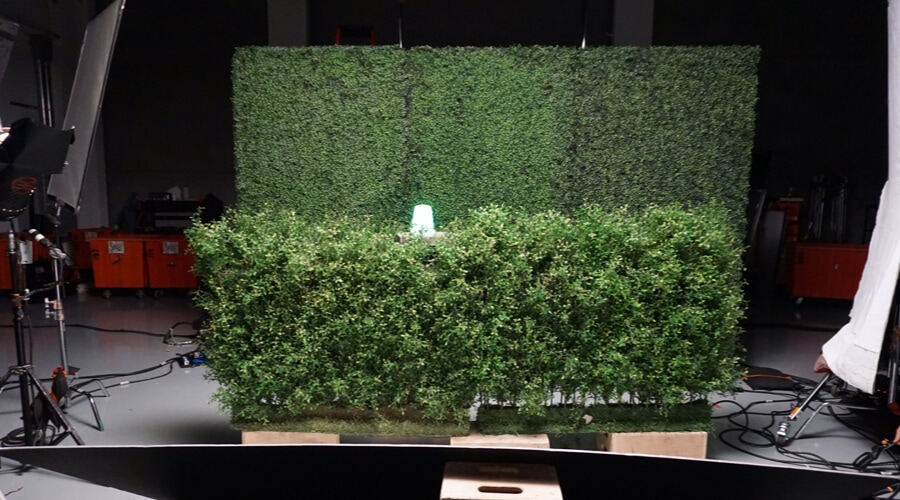 His thoughts on Thimble: “Thimble issued us a COI. We gave them our requirements and next thing I knew, a PDF was in my inbox. Very easy.”

His favorite scene: “My favorite scene was the kitchen scene, which was a tone on tone, fun, slightly mod, but very real feeling kitchen. It’s probably the space I’d most want to live in. And green is my favorite color! 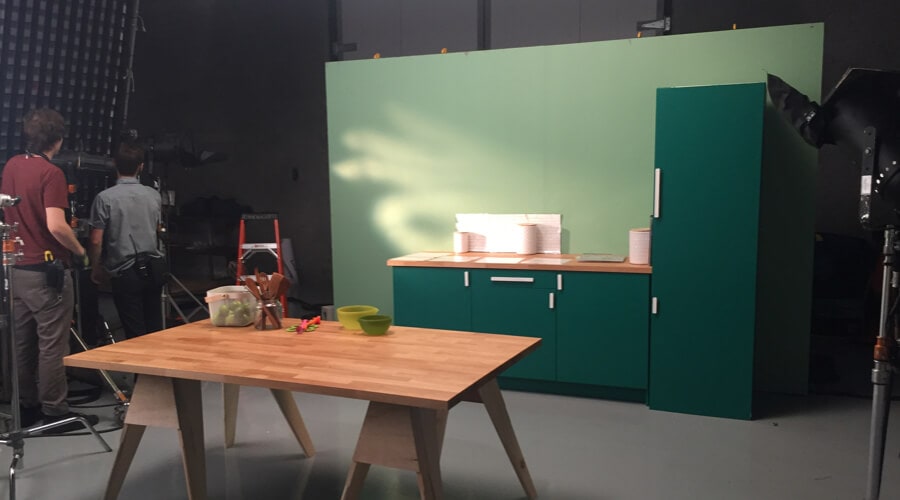 The shoot was very color-driven, and that’s something I really respond to. I think it’s cool that the color can be a narrative or through line for the finished spot.” 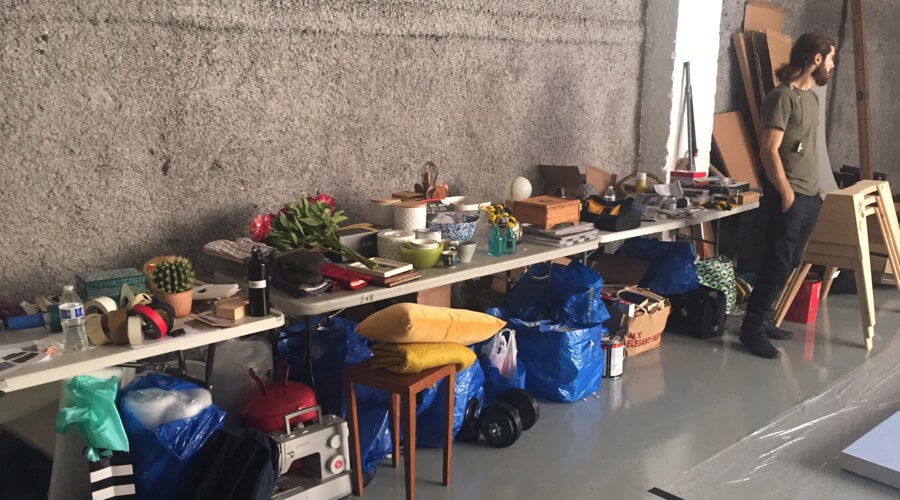 His thoughts on Thimble: “I am someone who is in need of General Liability as a freelancer and as someone who hires crews all the time. It’s actually not something I knew about before the project, but now that I know of it and understand the concept, it’s something that I would use myself!”

Get Greenlight in your inbox.

It's not every other newsletter. It's every other week, four minutes long, and just for small businesses.

Best Insurance for the
Smallest Businesses

What do you do?

Thanks for joining the Greenlight community! Tell us more about you so we can tell you what matters most.